Nothing like time spent among the Growing Things to revive a person, and when said time becomes magickal, well, that’s just icing on the cake. On Saturday I realized I needed to do a bunch of repotting and other general garden maintenance, despite the fact that I was still recovering a bit from Friday night. So I picked up a bag of decent potting mix at Home Depot (I avoid the mud-mix like the plague, of course, as well as anything that says “Miracle Gro”—I refuse to support Monsanto. Some day perhaps I’ll end up ranting on here about how my local HD only carries Miracle-Gro dirt/potting mixes and ONE other brand, usually hidden away behind piles of other things. So much for “choice”), and I picked up a nice-looking oregano plant—I really can’t not buy more plants. I got back to the house and started repotting, rearranging, etc.

Anyone who gardens will understand what I mean when I say that working in the dirt and with the plants is a mood-lifter, but add to that the unexpected company of several different creatures, and, well, the experience becomes sublime. It’s a sense of being connected not only to the plants but also to the entire natural world, to Gaia herself. It really is magickal; no better way to describe it.

While I was repotting my pentas, I was holding one with both hands when a beautiful orange butterfly came hovering around and landed happily on a flower and began to eat. It was so pretty and fascinating to watch up close, as the butterfly was about a foot from my face, that I just stood there, holding the plant and watching the butterfly. After it was done, I set the plant down, but it hovered around for some time, filling up. A larger, black and yellow Monarch butterfly flew by a few times, but didn’t stop while I was out there.

During the time I was working, I saw several ladybugs and many lizards, who love to hang out in case I unearth extra bugs for them. A mourning dove landed on the fence very close to me and watched the proceedings, curious and not at all afraid. One of the resident toads even showed himself, despite the fact that it was mid-day. Then I heard screeching, and looked up to see a red-tailed hawk fly into a tree across the street, and then it and another flew low to another tree, apparently either chasing or being chased by another, smaller bird. It was wonderful to see them, since they aren’t common sights here around the houses.

In another interesting bird sighting, yesterday three swallow-tailed kites were soaring over the house, swooping down quite low with the wind currents, so low I clearly saw one eating out of its talon (which is apparently What They Do). Gorgeous!

Days like that in the garden inspire me to get loads of stuff done and to start eyeing the open places of the yard. Poor roomie, she’ll come home one day to find her entire back yard garden’d (which means “filled up with plants not grass and home to as many creatures as I can lure here”).

I finally “convinced” Roomie to let me create an herb garden (it wasn’t easy—there was a lot of arm-twisting and hot-poker-to-the-eyes, but in the end I prevailed!). It’s fairly small, but I’ll take what I can get. ;-) She just refused to let me dig up half her yard for my mad gardening plans. Damn!… 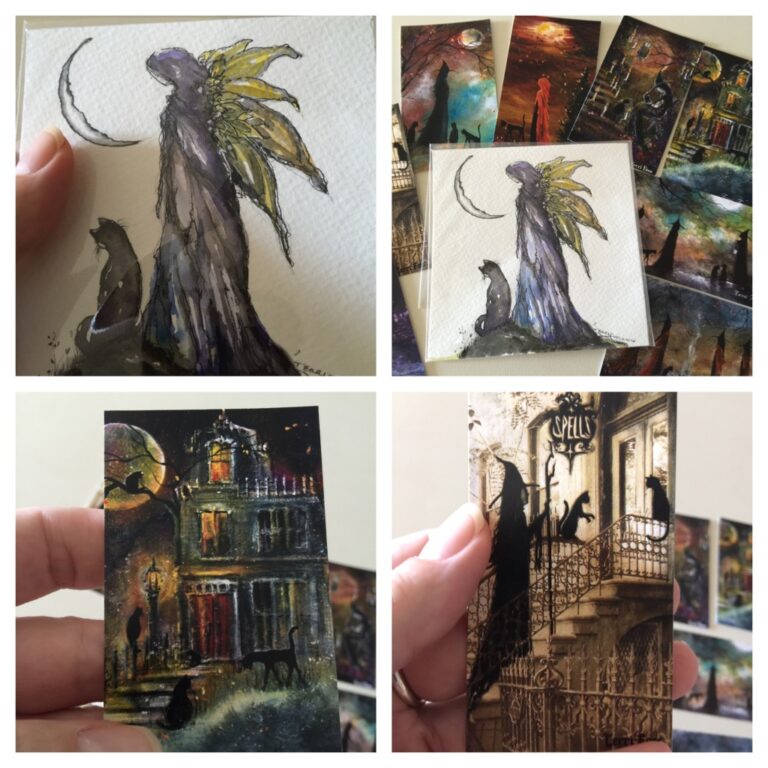 The other night roomie and I both made parts of dinner, and I made risotto with some fresh parsley from the garden and she used fresh rosemary on the chicken. Her green pepper plant has finally produced a pepper (it really does get too hot here in summer for much to grow), and I’m going…

Here are some pics from yesterday… The Big Freaking Toad! I suppose she feels safe here, as she doesn’t move when me or roomie see her in the pond. Doesn’t go under, doesn’t try to hide. Gorgeous! Devil’d Fadis! Heh… In this case, notice the Corona-shaped devil horns. Fadi, they weren’t quite as good as… 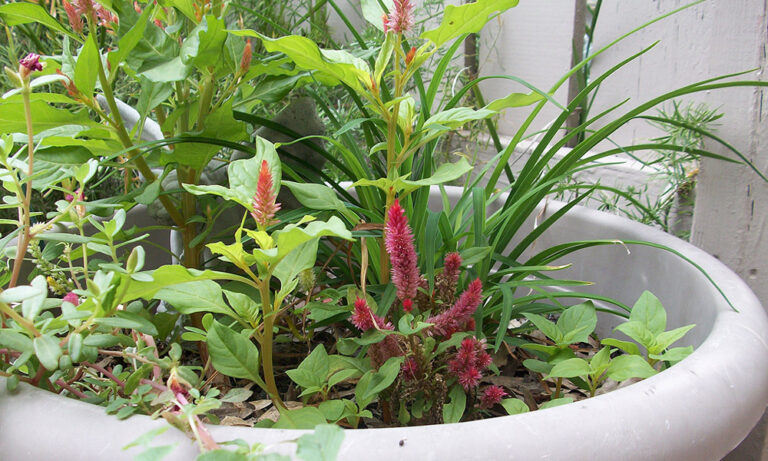 So several months ago, I bought two celosias. They were slightly scraggly, but I repotted them into one large pot & hoped for the best. They didn’t do very well…and one of them died. So I said well, ok, they didn’t look totally healthy when I bought them, and perhaps I’m not that good at…