Hello hello! Welcome to the first Klatch post of 2016! (For more about what the Klatch is, see this page.)

I’ve got all kinds of ideas for the Klatch this year…Erma just won’t stay quiet these days, and she’s been stomping & swishing & tickling the inside of my mind with her tail, trying to keep my attention constantly. I’m having a hard time keeping up with all the ideas she’s generating.

But more on that later. For today, let’s klatch!

So Erma started off back in 2011 as the “elephant in the back of my mind” that represented the novel I’ve been working on for years (and years). She still does represent that, but these days she’s gotten a bit bigger & represents all of my various creative dreams & projects & pursuits. So that’s what she likes to talk about these days…all my creative dreams, in whatever form they might take.

And lately, I’ve realized that I have a real desire to learn how to draw/paint. Or rather, to draw/paint better than I currently do.

I’m actually better than I used to think I was. My mom was an amazing artist, she used to be in galleries when I was a kid. Later in life she did more folk-like art, painting flower pots & doing custom animal portraits for people. I would always look at her stuff & think, wow, I wish I could draw like that…but believed that I couldn’t. My story is, “I can’t draw.” For many years I’ve tried sketching things here & there, and they come out ok, but to me, they aren’t “good enough.” But I have drawn a few things for clients, and they liked the results. I’ve drawn a few other things that I did like. And I still want to do more…so it seems, creeping up from deep down in my subconscious, is a lingering desire to draw.

I have this vision of having a big, fabulous drawing board & being able to create amazing things & then go to art shows with my fabulous art & sell my art to fabulous art lovers.

But I still have the lingering belief that I “can’t draw.”

And Erma now very clearly challenges that thought, when it comes up, with the very reasonable words, “Just try it.”

So I made a cup of coffee in a favorite mug, poured her one too, and asked her to join me to chat about it.

Me: “So, I should just try it. That’s your big advice.”
Erma: Nods. Sips. “Yep.”
Me: “But…I really can’t draw. Not that well.”
Erma: “You drew those flowers you liked, the stuff for those clients, and I remember some really fun doodles.”
Me: “Well yes, but all that was…I don’t know. Chance. Luck. One-offs.”
Erma: “Maybe they were. How do you know? Just try.”
Me: “I did think about getting a sketchbook. But…I’m not an ‘artist.’ It seems silly to get a sketchbook when I’m no good at sketching.”
Erma: Sips, eyes me over her coffee cup, waits a few seconds. Then says, “First of all, how does anyone get good at anything other than by practicing? Second, where do you practice? In a sketchbook. Third, and I think this is the most important part…when have you ever minded being silly?”

If she’d had a mic, she would have dropped it & exited stage right.

What creative dream do you have rattling around in the back of your mind that hasn’t gone away? What is one thing you could do toward that dream, something fairly easy, that you’re not doing out of fear? For this month, what could you “just try?” And for bonus points…actually try it! You don’t even have to keep doing it if you don’t like it…but…just try it.

Me? I’m going to get a sketchbook. I’m going to try drawing in it. Let’s see what I make. I’ll share some of it later on…even if it sucks, I promise to share some pics, lol!

Want to join in on the Klatch?

To join in, just reply to the prompt either in your journal, on your blog, in the comments, or just in your own mind, in conversation with your own mind-elephants. :)

To just trying it anyway (and embracing being silly), 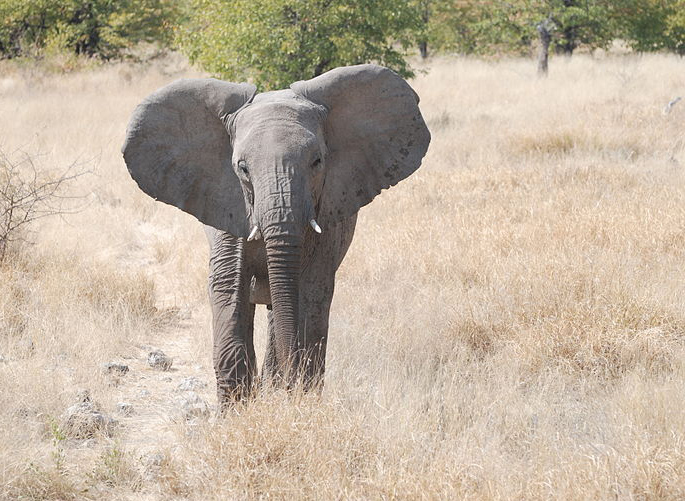 This post is part of the Elephant Coffee Klatch series, where I get to know the creative “elephant in the room” of my subconscious. My “elephant” is a looming, unrealized dream that lingers in the back of my mind, the one I try to ignore but that won’t let me be. The Klatch is about… 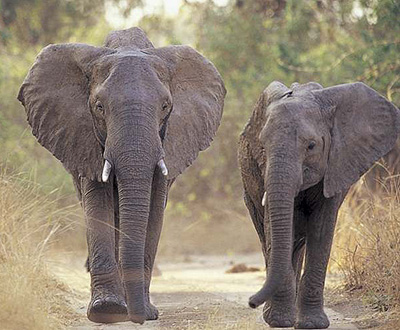 At the beginning of this year, in order to help me figure out why I wasn’t making progress on my writing-for-years-never-finished novel, I decided to recognize the elephant-in-the-room of my mind that represented this unfinished dream. I named her Erma. And decided to talk to her, get to know her, and see what insights I… 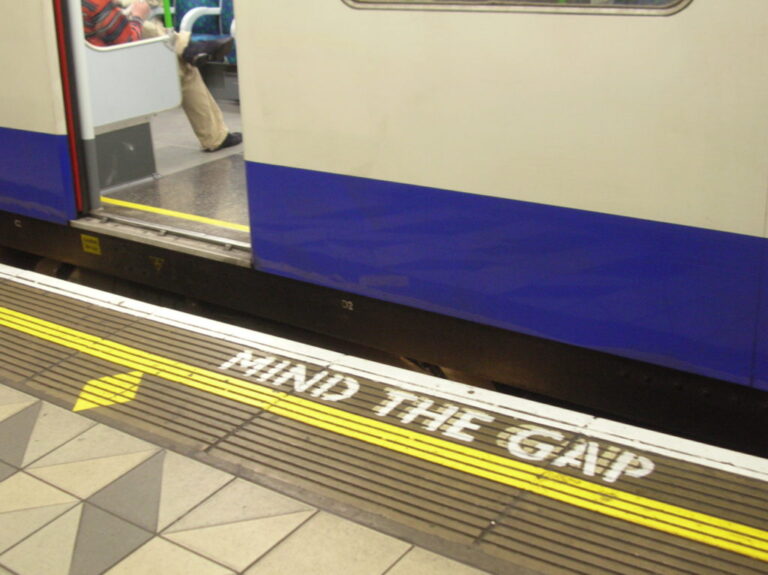 In England, all the tube stations have signs and disembodied voices repeating the refrain “mind the gap!” over and over, warning people of that space between the train platform and the train car. That they so consistently and unceasingly remind people to “mind the gap” says that that gap is dangerous. Beware, lest you fall…. 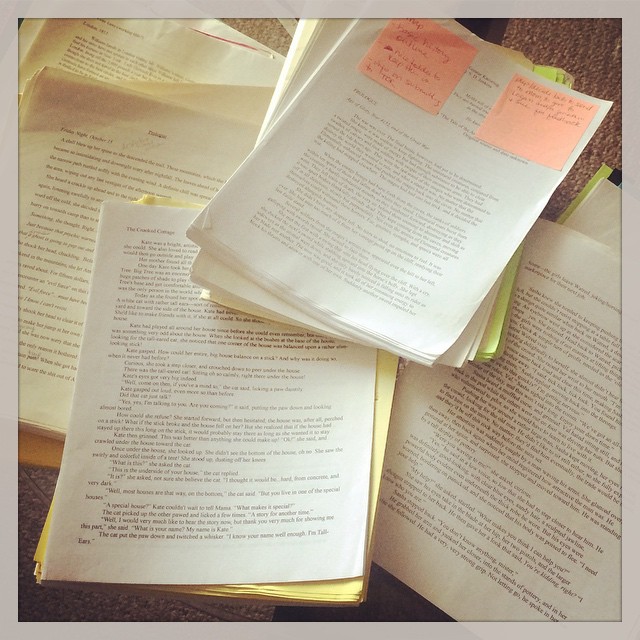 This post is part of the Elephant Coffee Klatch series, where I get to know the creative “elephant in the room” of my subconscious. This “elephant” is a looming, unrealized dream (or dreams) that lingers in the back of my mind, one I try to ignore but that won’t let me. The Klatch is about… 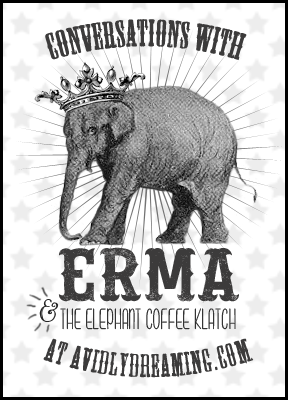 Hi there! <– That’s from me, but Erma says hi, too. (Erma is the “elephant in the room” of my mind, a representation of my creative dreams that I’m ignoring as they hang out in the back of my mind. You can find out more about Erma & the Klatch here.)  Boy oh boy is she stomping…

This post is part of the Elephant Coffee Klatch series, where I get to know the creative “elephant in the room” of my subconscious. My “elephant” is a looming, unrealized dream that lingers in the back of my mind, the one I try to ignore but that won’t let me be. The Klatch is about…