*happy sigh.* Not only have I found Twilight-themed pixels at the lovely Candy Coated Pixels, and started making my own thanks to her inspiration, but yesterday I found a layout for Geek Bliss that just might actually frakking work. Shocking, I know. I’ve had to do lots of mods to it, and I’m still working on it, but it will allow me to use the Zen Cart install and have the kind of look I was getting using WordPress. I’m a happy girl.

Well, I’ll be even happier once I’ve got GB *exactly* how I want it.

And I’m pixel-giddy over another acquisition…new fantasy tubes by Kreated4U, featuring the adorable dragon! I’d missed out on her past offerings with this cutie, but today she put up a new set and I nabbed it, lol! I’m already pixeling with it. I keep saying I have new pixels to share, and then I don’t share them…hehe…but I’m still working on all of them (yeah, I work on 10-15 at a time).

I’m also rereading all the Harry Potter books, so I’ll be making HP-themed pixels as well (as well as making a lippie for Geek Bliss called “The Golden Snitch,” which is honey flavor).

Funny thing is that I need to get out and weed today (if it doesn’t rain AGAIN), but I’m having a hard time tearing myself away from the computer with all these awesome pixels to play with and with Geek Bliss finally coming along swimmingly.

So one of the perks of my (sorta)new(ish) job is that there is a workout room in the building. I have finally decided to take advantage of it this week. Five o’clock comes and all I have to do is change clothes then walk down the hall and workout. Only one other guy uses it…

Totally enjoyed Razor last Saturday night, made even better by watching it in the company of many other BSG fans. A bunch of us TCFers gathered at Devildog’s place for a frak party, and it was a rousing success. We even briefly chatted to Richard Hatch and Aaron Douglas! Razor was a wonderful bit of…

Although I started decorating the day after Thanksgiving, I didn’t really get things done until yesterday. And by “done” I mean as much decorations as I can display given my limited space. I keep getting ideas for more stuff I’d like to do, decorations-wise, but then I look around and realize that I simply don’t…

Here I go again. Playing around with the design here…it’ll be back to rights soon. 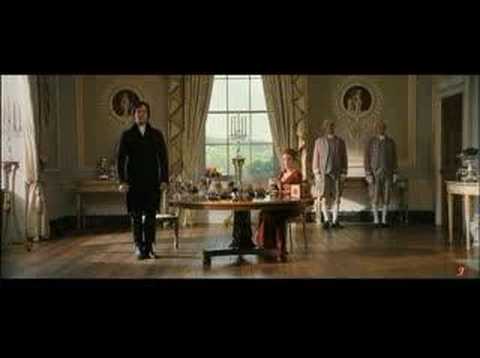 Found this vid via another blog…and I absolutely love it! Had to share. I heart period drama.